A grand old banyan is the pride of Payyalur, a perennial hub of activities in the picturesque, tiny village nestling beneath the Themmala Hills in Palakkad, Kerala. Chronicling the stories that villagers associate with the banyan is one of the major aims of ‘Marangalum Naattile Kathakalum’ (Trees and the region’s stories), a project initiated by the Palakkad chapter of the Indian National Trust for Art and Cultural Heritage (INTACH).

‘Marangalum Naattile Kathakalum’ aims at identifying heritage trees in villages across Palakkad district and documenting the stories and memories that villagers associated with the trees.

Arun Narayanan, convener of the INTACH chapter says: “It is to remind people of our green heritage. In our busy, commercialised and technologically-driven spaces of the modern world, we are fast losing our links with nature and the world around us. We are trying to revive those memories and remind a younger generation of the wonderful stories that used to be woven around trees and nature.”

Launched in February 2022, the project has been documenting the heritage trees in three taluks in Palakkad — Palakkad, Alathur and Chittur. The videos on the trees have been uploaded on  www.naattumaram.com.

In the first phase, volunteers of INTACH visited villages in the three taluks, talked to senior citizens and gathered information. The documentation takes time and planning. Once the volunteers identify the people to talk to, the team visits the village again to document the information as a video story. 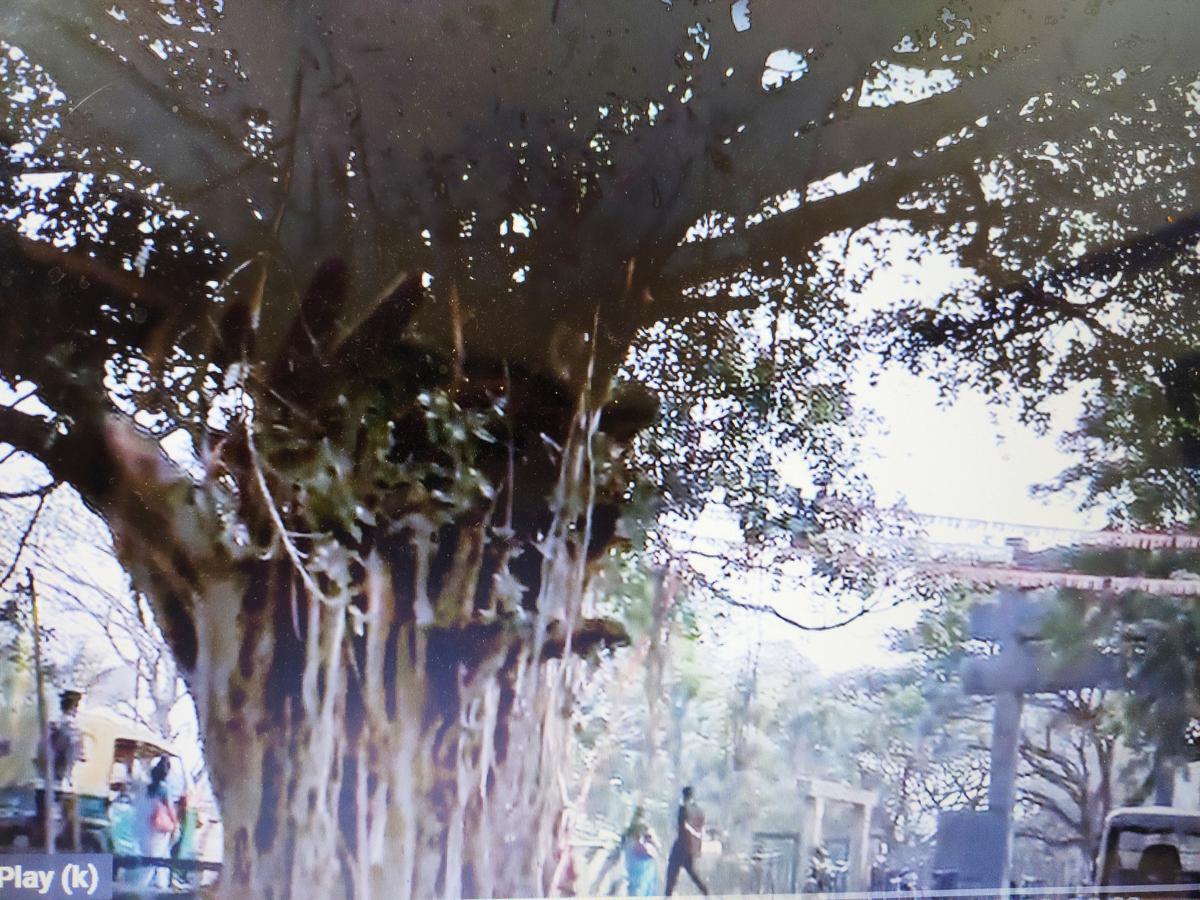 The first one to be documented in this manner was the banyan tree in Thasrak, a village 12 kilometres from Palakkad. Thasrak formed the backdrop of OV Vijayan’s Khazakkinte Ithihasam.  “The protagonist Ravi arrives at the village and alights at a bus stop near the banyan tree. Former Malayalam professor Dr P Murali shares with viewers his memories of the author and the place. He recalls how the wind that blows from the hills through the tall karimpana (palms) of Palakkad seeped into the collective consciousness of readers through the iconic book written by Vijayan.

“We hope that once viewers see the video, they will send us videos telling us the stories of the trees in their vicinity. It has to be a people’s project for the plan to succeed,” says Arun.

He points out how many of the majestic trees nurtured so many activities and interactions under its benevolent shade. 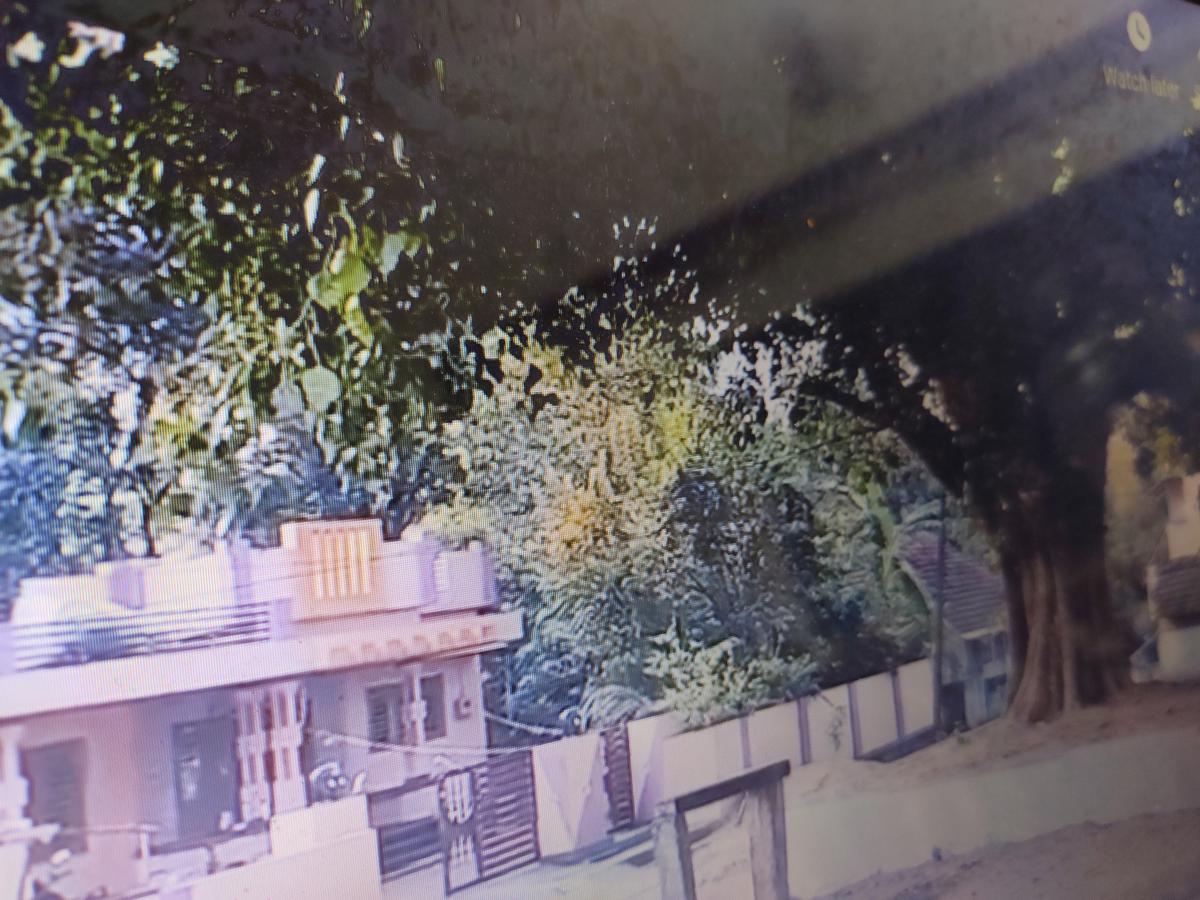 This banyan tree at Payyalur, Palakkad, has several layered stories woven around it, which have been documented by the Palakkad chapter of INTACH
| Photo Credit: SPECIAL ARRANGEMENT

One such gem was the banyan tree at Payyalur. The eight-minute video captures the range of activities around its sprawling greenery. A porter’s slab ( chummaduthangi) still functions as a resting place for tribals coming from the hills with forest produce. Several decades ago, tribal women used to collect firewood from the forest and bring it to the village to be sold. The slab was meant for them to rest their load and take a break.

People gather on the platform around the banyan to converse and watch the world go by. A senior citizen of the village says how a library was started by social reformer and freedom fighter Tygaraja Iyer to educate  Dalits in the village and its surroundings and erase the stigma of untouchability. “It was begun under the tree, in a thatched shed in 1946. Later, youngsters in the villager gathered funds and the library is now housed in a pucca building. When cultural doyenne and freedom fighter Kamaladevi Chattopadhyay was documenting the performing traditions and crafts of India, she had come here to document Tholpavakoothu (shadow puppetry).”

A koothumadam (special stage) where Tholpavakoothu performances are held even today stands towards one corner of the tree while in an open space, a vigorous game of ball badminton is in progress. “This must be one of the few places in Kerala where ball badminton is played by so many local residents” points out Arun.

Another video shot at the Sabari Ashram at Akkathethara acquaints viewers with the coconut tree planted by Mahatma Gandhiji when he visited the Ashram in 1927 with Kasturba Gandhi.  Behind it is perhaps one of the early schools in India that had students from all communities learning together in the same school, says T Devan, secretary of the Ashram and a former student of the school.

Sreedevi Olappamanna, one of the volunteers participating in the project, hopes that the villagers wake up before the green wealth in their villages vanishes forever. “There was a massive tree near my house during my school days. We used to take the school bus from there. Now a supermarket stands in its place,” she rues. INTACH is partnering with botany departments in Mercy College, NSS College, Ottappalam and Government College, Chittur. By documenting the trees and the layered stories around them, INTACH hopes to inspire people to protect the green cover and prevent people from cutting down the trees or burning plastic under them.

“We are roping in volunteers to clear the garbage littering these grand old trees and maintain it. Eventually, we hope companies or people come forward as custodians of the trees. It is a long- term project that we  hope to sustain with the help of sponsors,” says Arun.

As of now, the documentation is supported by Bharat Earth Movers Ltd (BEML). Sreedevi maintains that an emotional connection has to be renewed with nature and trees. “Only then will people feel motivated to protect trees.”

The project is open to residents in Palakkad to send in their tree stories to be uploaded on the site or contact INTACH volunteers to document the story.

“Through this project, we want to ask residents: “Are you missing the wood for the trees? We want to remind people that these captivating stories exist around them,” says Arun.

‘Attempts to impose Hindi will never work in Tamil Nadu’