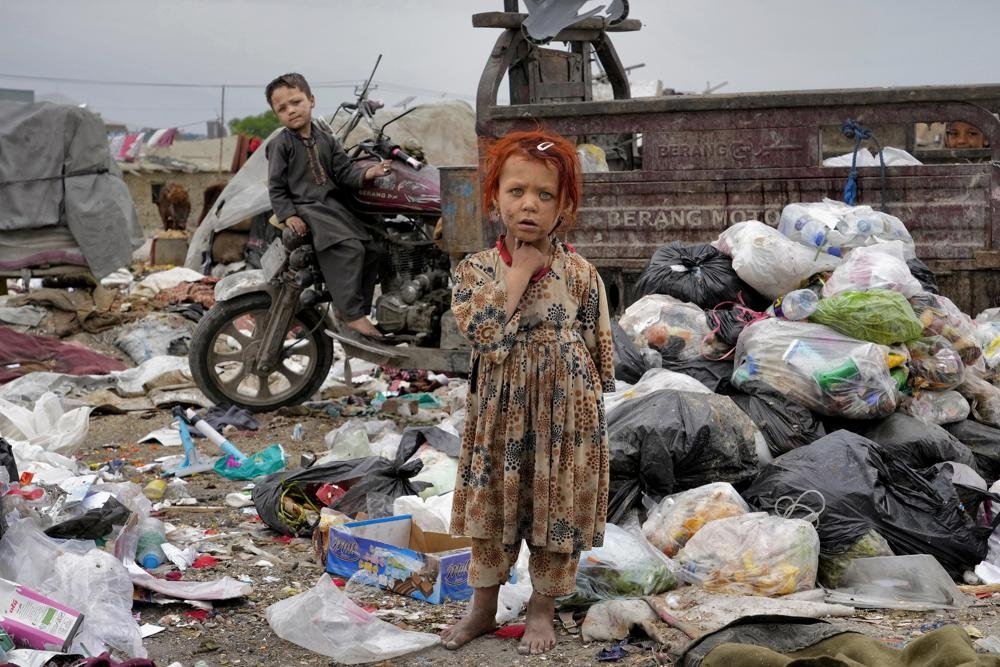 A Hawksbill sea turtle, that was found on a nearby beach, is displayed after an autopsy was performed along with trash mostly plastic materials, top, and food items, left, removed from the turtle’s stomach, at the Al Hefaiyah Conservation Center lab, in the city of Kalba, on the east coast of the United Arab Emirates, Feb. 1, 2022. A staggering 75% of all dead green turtles and 57% of all loggerhead turtles in Sharjah had eaten marine debris, including plastic bags, bottle caps, rope, and fishing nets, a new study published in the Marine Pollution Bulletin. The study seeks to document the damage and danger of the throwaway plastic that has surged in use around the world and the UAE, along with other marine debris. (AP Photo)