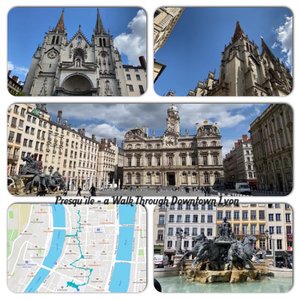 The city is known for its historical and architectural landmarks and is a UNESCO World Heritage Site. Lyon was historically known as an important area for the production and weaving of silk and in modern times has developed a reputation as the capital of gastronomy in France.

In the 15th, 16th and 17th centuries Lyon’s silk industry was thriving, and rich merchant families from across France, Flanders, Germany and Italy settled in the city.

They built sumptuous homes, in the gothic, Italian renaissance and French renaissance styles, and there are still 300 of these remaining in the districts of Saint-Jean, Saint-Georges and Saint-Paules.

During the 16th century it was estimated that there were 180,000 looms in the city, and you can see the resourceful ways this industry combined with the fabric of the city in Vieux Lyon’s characteristic traboules.

In Vieux Lyon and La Croix-Rousse Saône are an architectural feature unique to this city: Traboules are delightful renaissance passageways, some 40 of which are open to the public, running beneath buildings in the direction of the Saône River.

They gave the city’s silk workers direct access to riverbank, making it quick and easy to transport textiles, 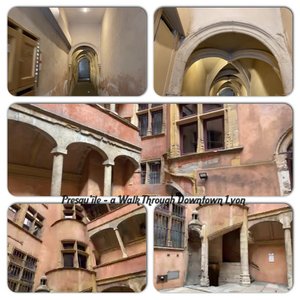 while also offering shelter from the elements.

Nearly all of these passageways are part of residential properties, so it’s a good idea to go quietly.