Despite growing pressure from the UK government and leading media outlets for a mass return to the office as Covid recedes, most UK workers who took up homeworking because of the pandemic plan to adopt hybrid working in the future, according to data from the Opinions and Lifestyle Survey (OPN).

The study poinpointed the information and communication industry as a hybrid working hotspot, with more than half (54%) of businesses in the sector saying in early April 2022 that they were using, or intended to use, increased homeworking as part of a permanent business model.

The study, Is hybrid working here to stay?, found that in spring 2022 (27 April to 8 May), when guidance to work from home because of the pandemic was no longer in place in Great Britain, 38% of working adults reported having worked from home at some point over the previous seven days.

Before the pandemic, one in eight working adults reported working from home. The ONS reported that during 2022, the proportion of workers both working at home and at their usual place of work has been rising, while the proportion of those working from home exclusively has fallen. About one in seven working adults (14%) worked from home exclusively between 27 April and 8 May, while nearly a quarter (24%) worked from home and travelled to work.

In the study, workers were asked about their future plans in February 2022, after government guidance to work from home when possible was lifted in England and Scotland. More than four in five people who had to work from home during the pandemic said they planned hybrid working. Since then, the proportion of workers hybrid working has risen from 13% in early February to 24% in May, while the percentage working exclusively from home has fallen from 22% to 14%.

In February 2022, 84% of workers who had to work from home because of the pandemic said they planned a mix of working at home and in their place of work in the future. Although the proportion of workers planning to hybrid work has not changed much since April 2021, ONS pointed out that hybrid working patterns have shifted towards spending most working hours at home.

In February 2022, the most common hybrid working pattern that workers planned to use was working mostly from home, and sometimes from their usual place of work. This was reported by 42% of employees – up from 30% in April 2021.

However, travelling to work exclusively has been the most common working pattern since national restrictions were lifted, with 46% of workers doing this in late April and early May 2022.

Overall, the proportion of businesses reporting using, or intending to include, homeworking as a permanent business model increased slightly from 16% in autumn 2020 to 23% in early April 2022. This varied significantly by industry and the information and communication arena was at the vanguard of this move.

The most common reason for using, or planning to use, homeworking as part of a permanent business model (among businesses that reported this) was improved staff wellbeing (60%), followed by reduced overheads (43%) and increased productivity (41%).

“These findings confirm that hybrid working is rapidly becoming expected from the UK workforce,” he said. “Organisations will need to cater to this demand or risk losing talent to competitors. Research shows that over half (56%) of organisations say that if they don’t sort out their hybrid work plans, they will lose staff and be unable to attract new recruits.

“This is particularly true as the Great Resignation impacts organisations across all industries. In fact, half (55%) of employers fear that, combined with the skills shortage, it could put them out of business. Ultimately, providing a flexible work environment, where people have the tools and support needed to be productive, will give organisations the best chance of success in a competitive market. The ones that don’t will see their top talent walking out the door and risk being put out of business. 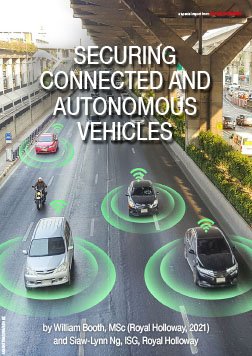