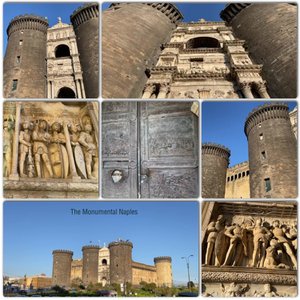 The city of Naples was founded by the Greeks almost 2500 years ago and has been one of the most important cities in the world.

In the third largest city in Italy and in the first most important port in Europe there is a very particular street that cuts the city in two parts and it’s called: Spaccanapoli, or “Naples Splitter”. Spaccanapoli is the straight and narrow main street that traverses the old, historic center of the city since the Greek-Roman Age and was called “Decumanus” in Latin.

Since WW2 during which Naples suffered severe bombardment, modernization has increasingly altered the city’s setting and character; and a measure of long-deferred but often speculative prosperity is reflected in new suburbs now proliferating in once-rural surroundings. However, Naples remains compelling, a city whose richness requires from the visitor time, accessibility, and some knowledge of the Neapolitan past. Its historic centre was designated UNESCO world heritage site in 1995.